A Tribute to a Fallen Hero 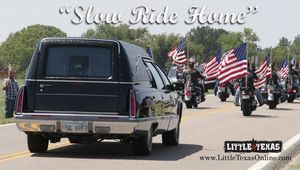 It is my distinct honor and pleasure to introduce an incredibly sincere and heartfelt video inspired by the enormous turnout of a true hero from his hometown of Hays, Kansas. The story behind the writing of this song and the lyrics are moving enough; but this video is a powerful and emotional tribute to the memory of not just Army Chief Warrant Officer 2 Bryan J. Nichols, his crew of CH-47d 89-00175 call sign Extortion 17 (“one-seven”), and members of SEAL Team 6 – but to all the men and women of our armed forces along with their entire family. CWO2 Bryan J. Nichols and everyone on board Extortion 17 are the epitome of American heroes and patriots. This video will become a reminder just how Americans hold dear to our hearts those who sacrifice all protecting our freedom – the honor they have bestowed on their fellow Soldiers, Marines, Airmen, and Sailors will live on through eternity. As a retired Naval Senior Chief Petty Officer, and on behalf of all our service men and women, I wish to salute Little Texas for your moving and touching tribute to our Military Men and Women with “Slow Ride Home”.

We would also like to extend a shout out and a huge “Thank You” to The Hays Daily News for providing photos used in the making of this video.

This song is from the album, "Young For A Long Time," available on iTunes, and at http://www.getconquer.com/littletexas/music/ 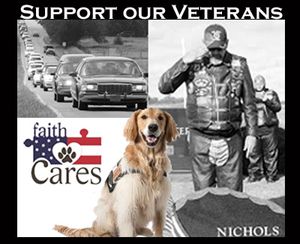 You too can show your appreciation for our military and support the service dogs that are helping our veterans. Through organizations such as Faith Cares, which assist veterans in helping to cover costs in caring for their service dogs, we can accomplish this mission. Support our veterans here